The Governing Board of YHALE is the governing body of the charter school and is responsible for overseeing the execution of the school’s mission through its program focus, curriculum and operations.

The Governing Board holds monthly meetings. The meetings are posted on the school website and open to the public. Agendas and minutes and other board-level documents can be found on the school website. Each board meeting has an open comment period and we invite you to attend and participate. 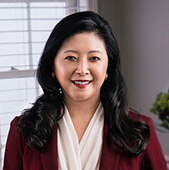 Liza A. Park – Founder & Board Chairperson

Liza Park began working on the concept of YHALE in late 2014 – just a couple of years after she had moved to the Atlanta area.  She realized that there was no dual language immersion program in Korean language even though the Korean community is quite large in the Atlanta-Metro area, and Korean is the third most spoken language in Georgia.  She also noticed at the time, there were very few Mandarin dual language immersion programs in Georgia even though Mandarin was experiencing massive growth across the U.S.

Ms. Park had the experience of being a news reporter and anchor for more than 15 years, and during that time, she specialized in covering local and state government as well as education.  Her knowledge of charter schools began in 1998 while covering the Florida legislature and the changes made to the state charter school laws during that year.

With the knowledge Ms. Park had covering education, she knew that a charter school would be the ideal type of school to introduce an educational program that offered dual language immersion in Korean and Mandarin as well as incorporated the best educational and cultural practices of the East and the West.  A charter school offers access to all students regardless of their socio-economic background or previous exposure to learning more than one language.

In addition to having a career in the media, Ms. Park has also been a practicing attorney both civil and criminal law.   She has served as an assistant state attorney in Florida prosecuting a myriad of crimes from DUI to attempted murder.  She then joined a civil law firm that focused on some of the nation’s highest profile personal injury and civil rights cases.  While there, she was both a trial attorney and the director of public and media relations.

Ms. Park has won national awards for her documentary work and several Associated Press awards for her news stories.  She has also served as an adjunct professor at Florida State University’s College of Communication.  She has served on the Board of Directors for the American Red Cross of the Big Bend in Tallahassee, Florida. 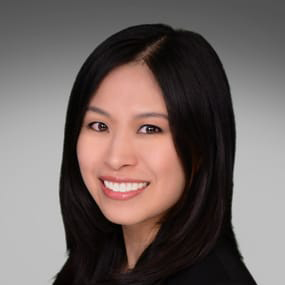 Marissa Le joined the first group of parents interested in Korean or Mandarin dual langauge immersion for their children in January 2015.  Since then, she has helped form the volunteer base for what eventually became YHALE.  She was instrumental in the initial research, marketing and community outreach for YHALE.  She also helped with all the organizational and clerical aspects of YHALE’s petition for charter school status.

In her professional career, Ms. Le is a litigation paralegal in Atlanta, Georgia.  Previously, Ms. Le was a general manager within the food & beverage industry and freelanced as a Thai-English interpreter and translator in South Florida.

Ms. Le has also served as a personal assistant to the President of the Thai-American Association of South Florida.  In that capacity, she was a community organizer helping to develop, promote and produce cultural events, educational projects, and community organizations in Miami, Florida.

Ms. Le is a second generation Thai-American.  As a child, Ms. Le learned and practiced the Thai language at home and attended weekend school.  She also spent summers in Thailand to improve her language skills.  She continuously earned top scores and honors for her continued proficiency in the Thai language.  She attributes her parents for her Thai language skills and proficiency because they required her to complete daily Thai study and practice as well as regular assessment and testing as a child.

She loves learning about different cultures from people with different ethnicities and backgrounds. She was born and raised in Aurora, Colorado, and she had the unique advantage of being exposed to various cultures and ethnicities at an early age. This helped shape her open-mind and heart and adds to the satisfaction she feels everyday in helping people through her career. Marissa’s seven-year-old daughter, Lia, will start her third-grade year at YHALE in August 2021.

Melanie Avila joined the YHALE Governing Board in early 2018.  The board sought out Ms. Avila for her accounting, business bookkeeping and audit preparation experience.  She is also bilingual in Spanish and English with a very high, professional level proficiency in both languages.

Ms. Avila is a second generation Colombian-American.  Her first language and home language was Spanish, and she began learning English in school.  Like many young children of parents who immigrated to the United State, she learned English more quickly than her adult family members and at a young age, began helping her parents and family members to communicate in English.

In the past, Ms. Avila has been a volunteer at the Somali American Community Center and Children’s Healthcare of Atlanta.  More recently, she has contributed her volunteer time to YHALE by helping to prepare budgets and manage marketing costs and daily expenses for YHALE.  She also helps with YHALE marketing plans and efforts.

Ms. Avila is a Legal Account Specialist at Kaine Law in Atlanta, Georgia.  She specializes in Accounting and Human Resources.

Ms. Avila deeply believes that being bilingual, or multilingual, holds immense benefits and advantages for everyone.  She is able to use her bilingual skills in the workplace as well as within her family and social life.

Emile Hanam joined the YHALE governing board in May 2020.  She has resided in Gwinnett County for 30 years, and is an experienced realtor in this area.

​Emile is originally from Indonesia and fluently speaks both Indonesian and English.  Emile’s knowledge, perspective, and experience helps her to understand and work collaboratively with diverse groups. She believes that schools are the backbone of communities; and we must work hard to ensure that our schools are the best they can be, so our students and communities continue to thrive.

​Emile has been married for 22 years and is blessed with three amazing children. Her two daughters have recently graduated from Peachtree Ridge High School, and her son will start his first grade at YHALE.

​She holds a Masters of Business Administration in Marketing from Georgia State University. She works as a realtor with RE/MAX. 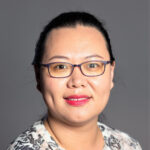 Ji Ma joined the YHALE governing board in February 2021. Ms. Ma has been an educator and education administrator in China for many years. During her time in China, she helped initiate and successfully open a few different schools. She has served in the positions of teacher, academic director, operations manager, executive principal, and headmaster at various schools in China.

Ji Ma came to the U.S. to further her own education with a full scholarship. She has received a Master’s Degree as well as Educational Specialist Degree from Austin Peay State University. She also has earned credentials in Educational Leadership and English Language Learners at APSU. Ji Ma is also licensed as a Reading Specialist and a Chinese teacher.

Currently, Ji Ma is pursuing her doctorate degree in Language and Literacy at Georgia State University. Her research focus is derived from her transnational teaching and studying experiences, which lie in cross-cultural and intercultural learning and teaching, English language learners, bilingual education, and dual-language (Mandarin-English) immersion programs. She has presented her scholarly work at numerous national and international platforms, including The American Council on the Teaching of Foreign Languages (ACTFL) Annual Conference, TESOL International Annual Conventions, American Association for Applied Linguistics (AAAL) Annual Conference, The American Educational Research Association (AERA) Annual Conference, The American Association of Colleges for Teacher Education (AACTE) Annual Conference and many others. Ji Ma is also serving as a reviewer for AERA and TESOL conference proposals as well as language and literacy academic journals.

Ms. Ma is a Second Century Initiative (2CI) Chinese cluster fellow, a winner of Dorothy M. Thomas Scholarship, and a receiver of Cheng & Tsui Professional Development Grant which is sponsored by the Chinese Language Teachers Association (CLTA). Ms. Ma serves at professional organizations. Currently, she is the president of Alpha Upsilon Alpha (honor society of the International Literacy Association), and a board member of AERA Research on Women and Education (RWE) SIG. She also co-founded and served as a board of director of Clarksville Chinese Club in Tennessee.

Ms. Ma devoted her time to support the local Chinese community and promote culture and language exchange for intercultural communication. In addition to her role as an educator and a researcher, she is a mom of two young bilingual children. 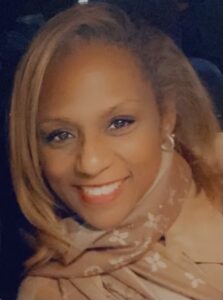 I began my journey with YHALE in the midst of the 2020 pandemic with an entering 2nd grader.
I also had the privilege of helping to spearhead YHALE’s first PTO as Co-President for the 2020-2021 school year. I’ve been actively involved with Gwinnett County School system for the past 15 years and I’m an active law enforcement officer for the State of GA for the past 27 years. I reside within Lawrenceville, GA and I’m the mother of 2 heavenly Angels Chase and Javarius.